MITIANA ARBON shares a selection of intimate photos from Humans of Tuvalu – HOT.

Since its beginnings in 2010, Brandon Stanton’s Humans of New York blog has been transformed and reformatted across the globe in countless countries providing readers with small insights on how others live. For many, nothing could seem further from the looming concrete environments of New York than the tiny Polynesian nation of Tuvalu. Located in the center of the Pacific, the country is made up of nine coral atolls comprising around 10,000 people. The islands are all incredibly low lying, with the highest point only 5 meters above sea level making Tuvalu one of the most vulnerable countries to climate change. Despite only attracting fewer than 1,000 visitors each year, Tuvalu is listed in the top ten most ethical travel destinations for 2016. With other Pacific countries such as the Federated States of Micronesia, Tonga, and Samoa making the top ten as well. Humans of Tuvalu – HOT page provides the world a glimpse into the everyday lives of Tuvaluans, their quirks, their culture, and their stories. 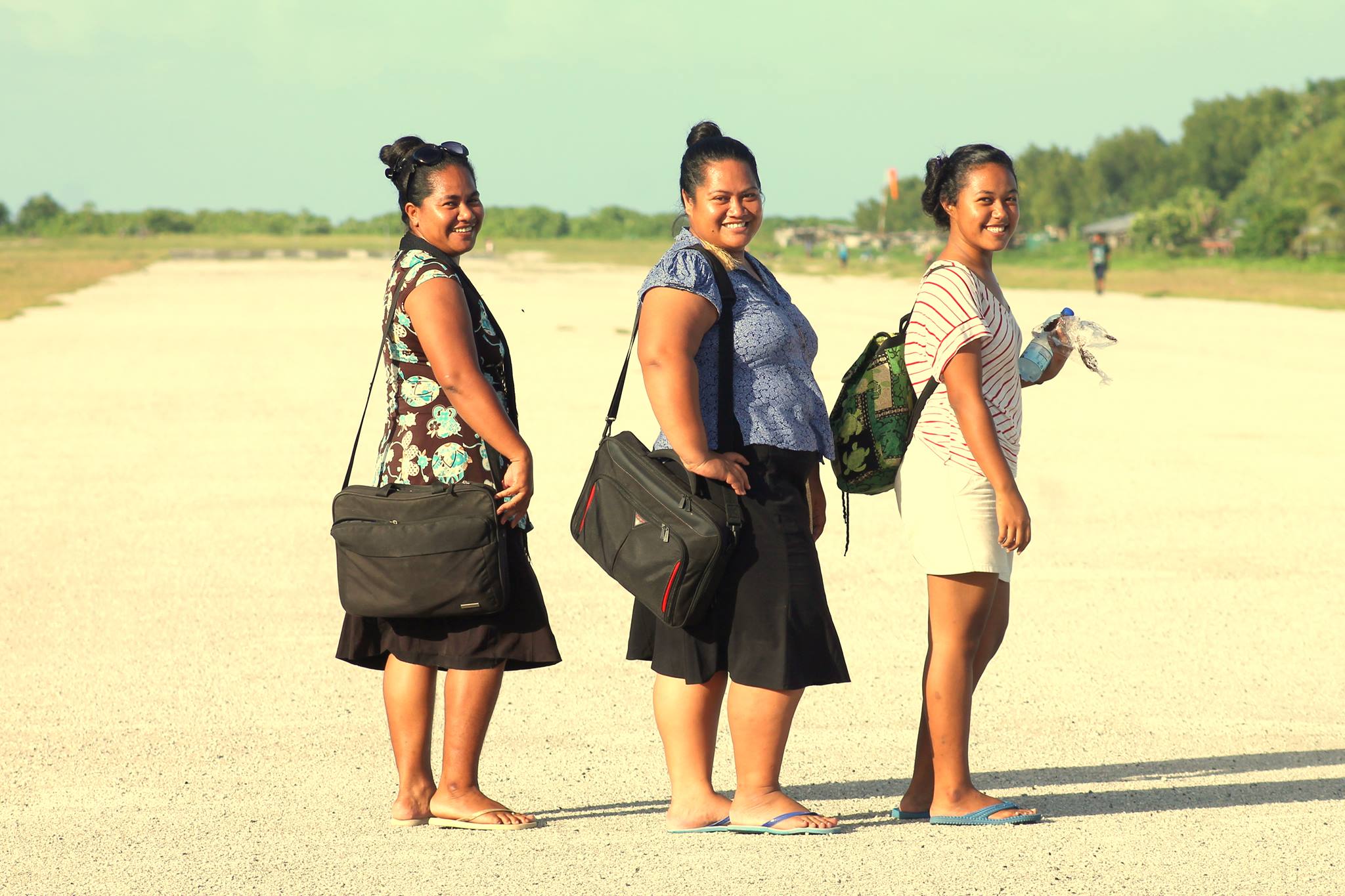 “Beautiful ladies taking a stroll on the airstrip after work. Its a common scene on Funafuti to see people in the evening flock to the airstrip to play football, rugby or just go for a stroll.” 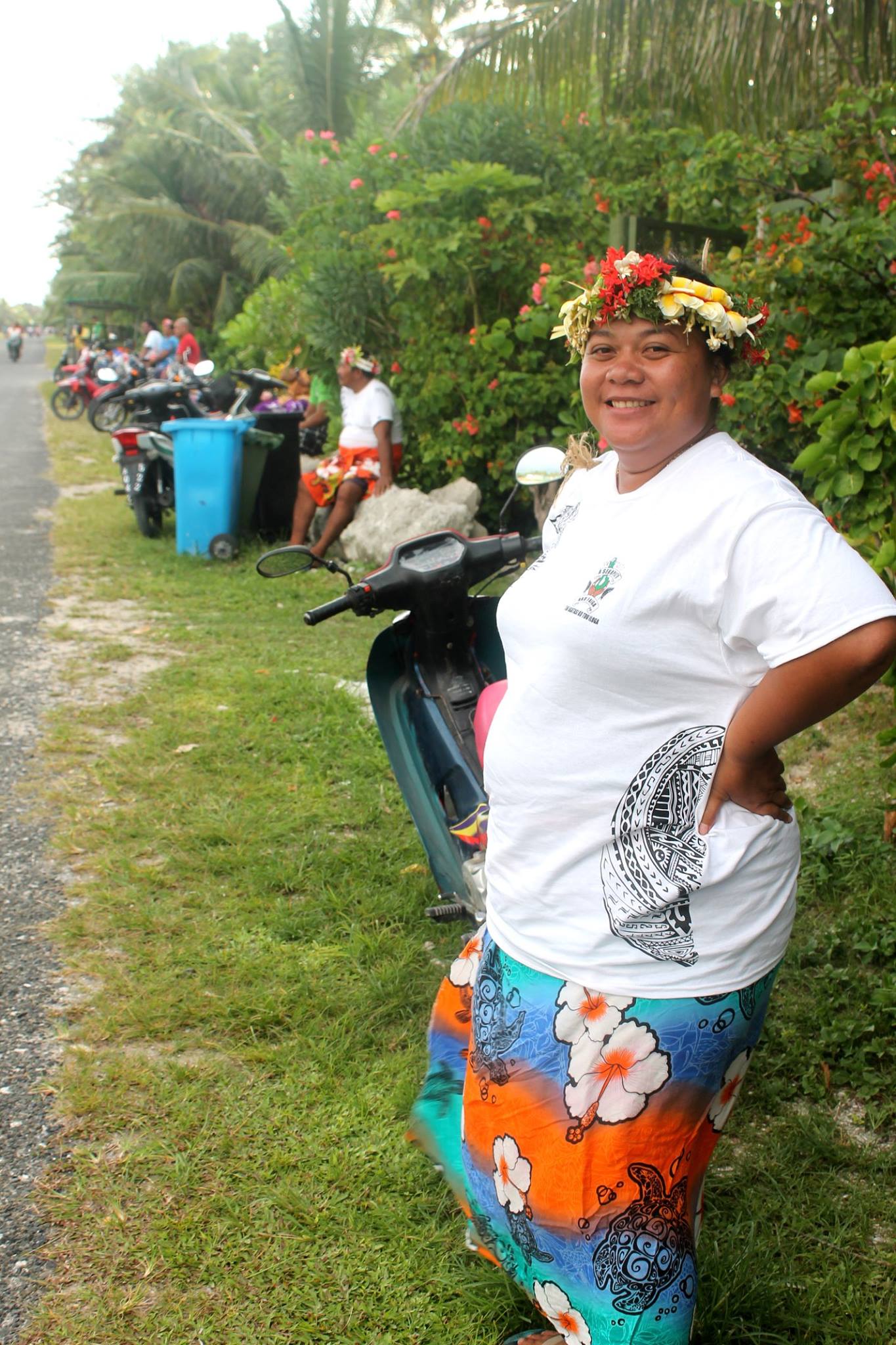 “A very common uniform to wear to a community function/event – white t-shirt and a colorful sulu (wrap around) and of course not forgetting a fou (head garland).” 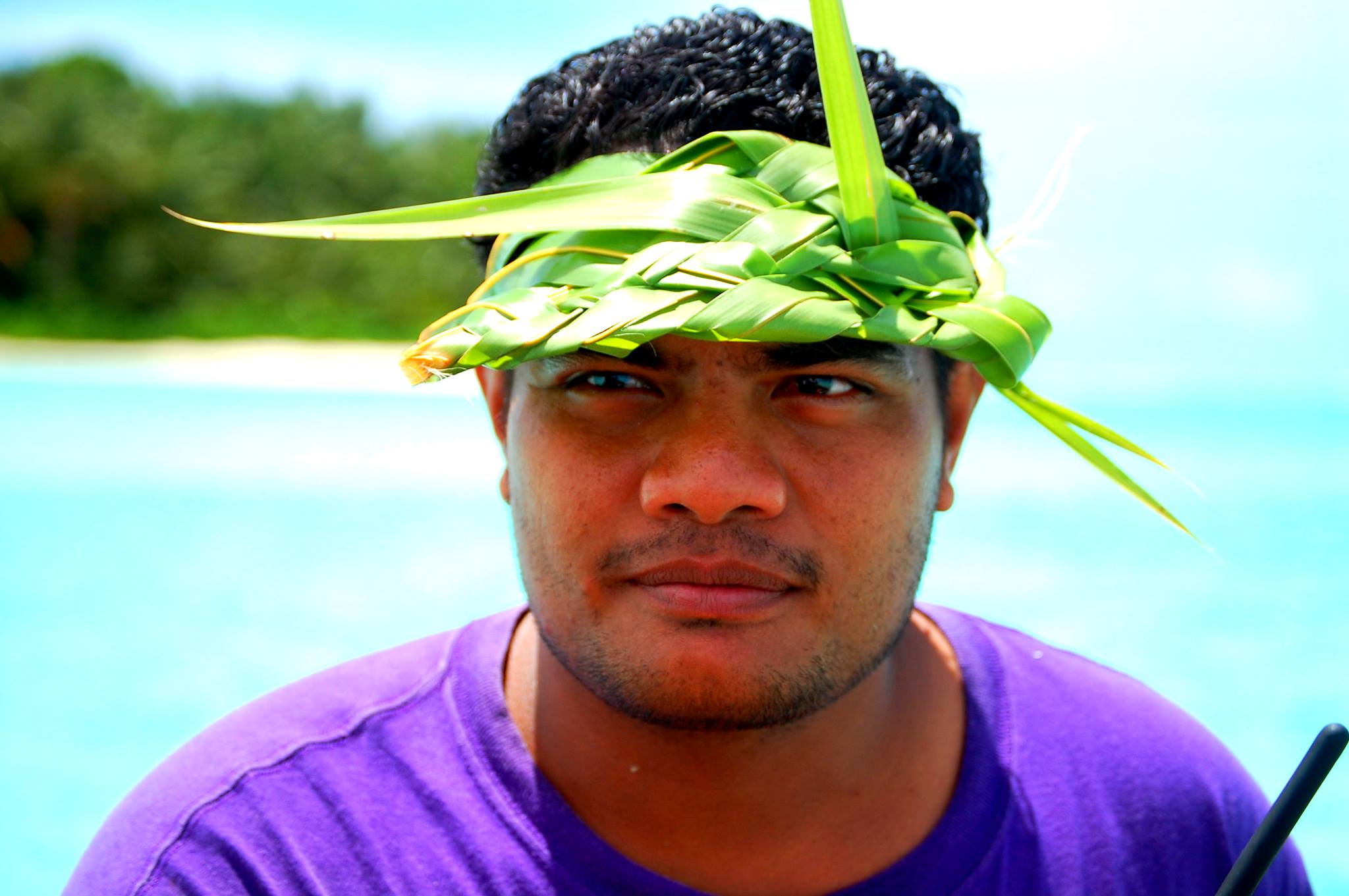 “Collin wearing the eye-shade of Funafuti, ‘mataili’. Long ago, the ‘mataili’ was only used when line fishing from a canoe. Now it’s used however you like.” 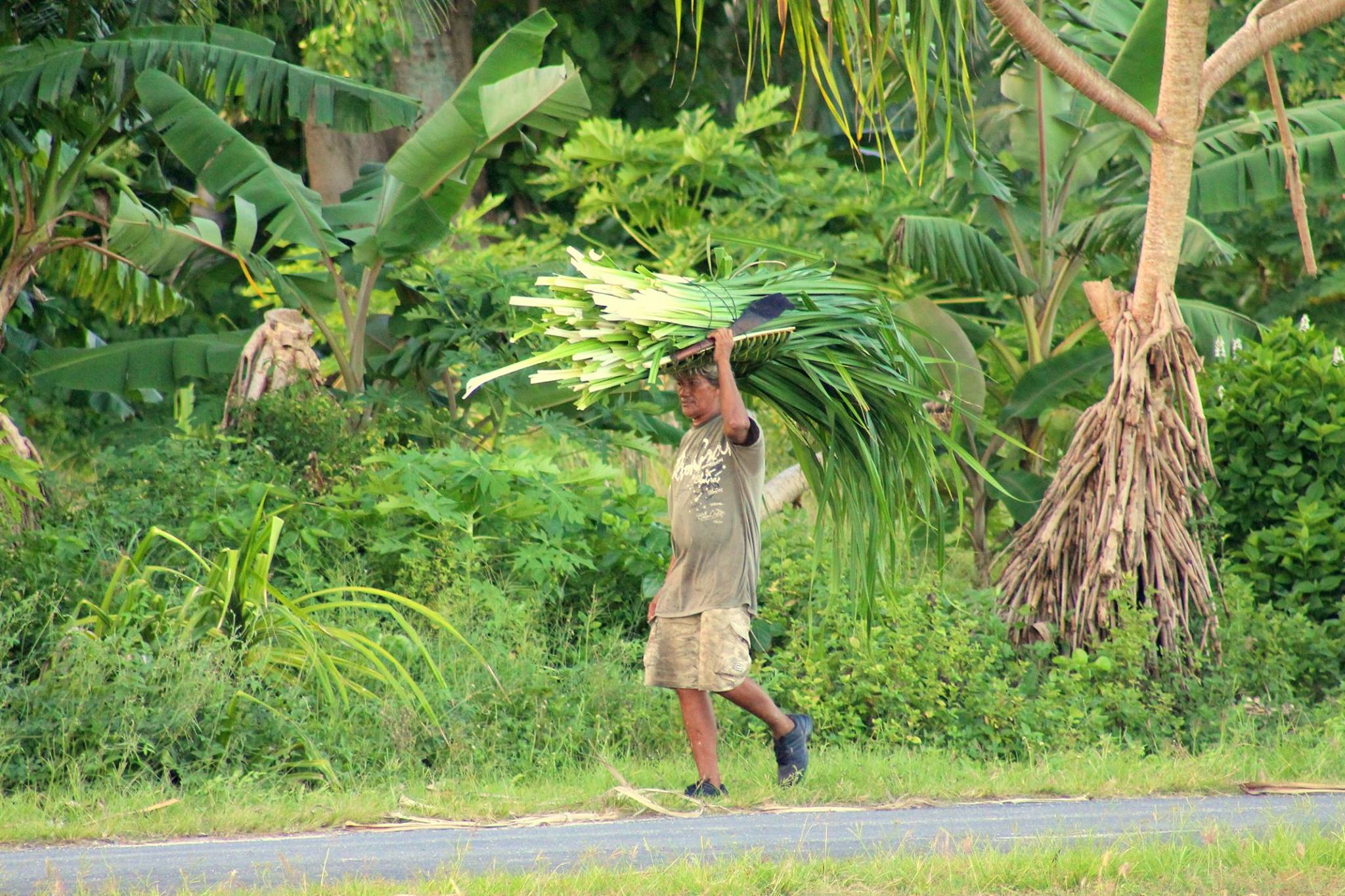 “A man harvesting pandanus leaves. Usually its the long leaves that are selected and cut from the plant. The leaves are prepared by soaking them in boiling water followed by drying and bleaching in the sun (others skip the boiling part and go straight to drying). Once dry, the leaves are rolled and tied into bundles in preparation for weaving. The long dried leaves are then slit into thin strips for weaving.” 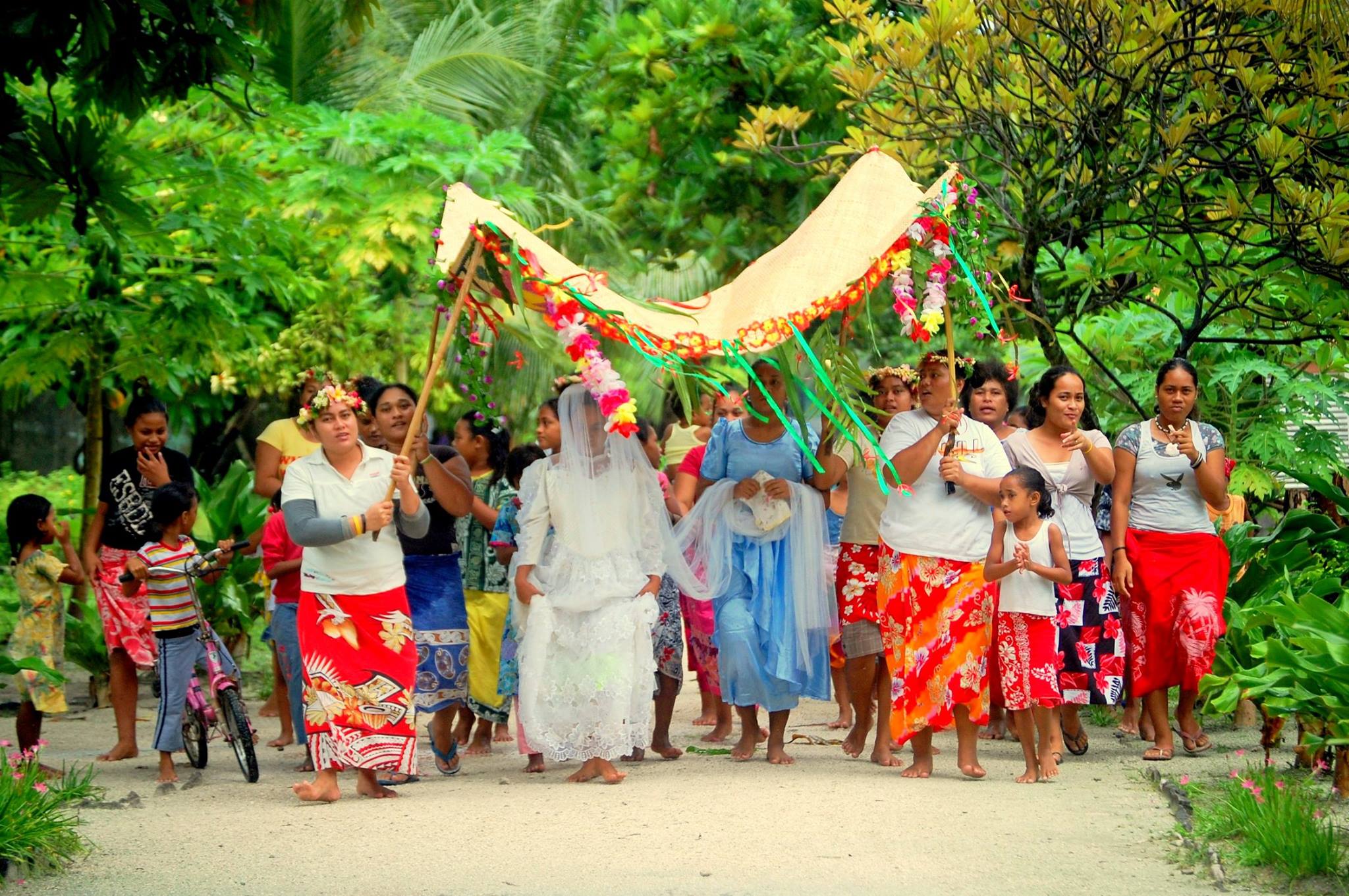 “In some Tuvaluan weddings, a groom’s party (mostly the groom’s cousins) will arrive at the bride’s home to escort the bride to the groom’s home. There she will be changed into a wedding gown form the groom. The wedding party (groom, bride and all the cousins) then walk together to the wedding venue (church). 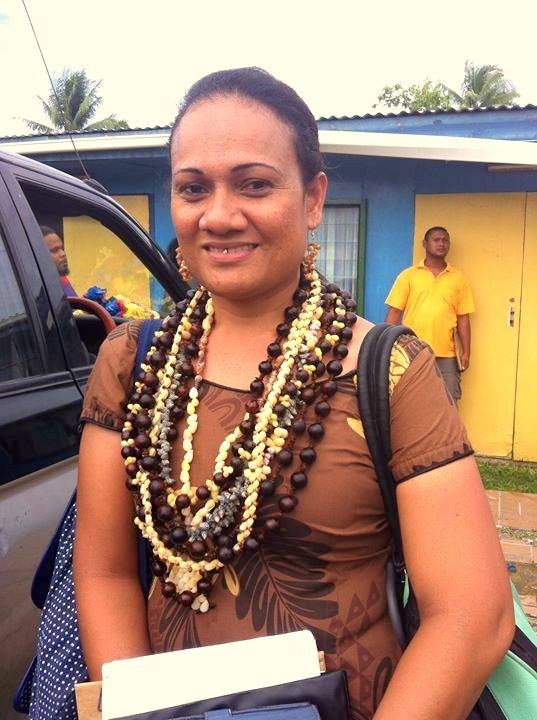 “Wishing a safe trip and all the best to Pula who left Tuvalu today to pursue studies in NZ. Pula is donned with puka and misa tui. Tui in Tuvaluan is shell necklace. Puka is a type of necklace (dark brown ones int he picture) made form seeds of a lantern tree, known as a puka tree. It’s very common seeing someone departing Funafuti with one.” 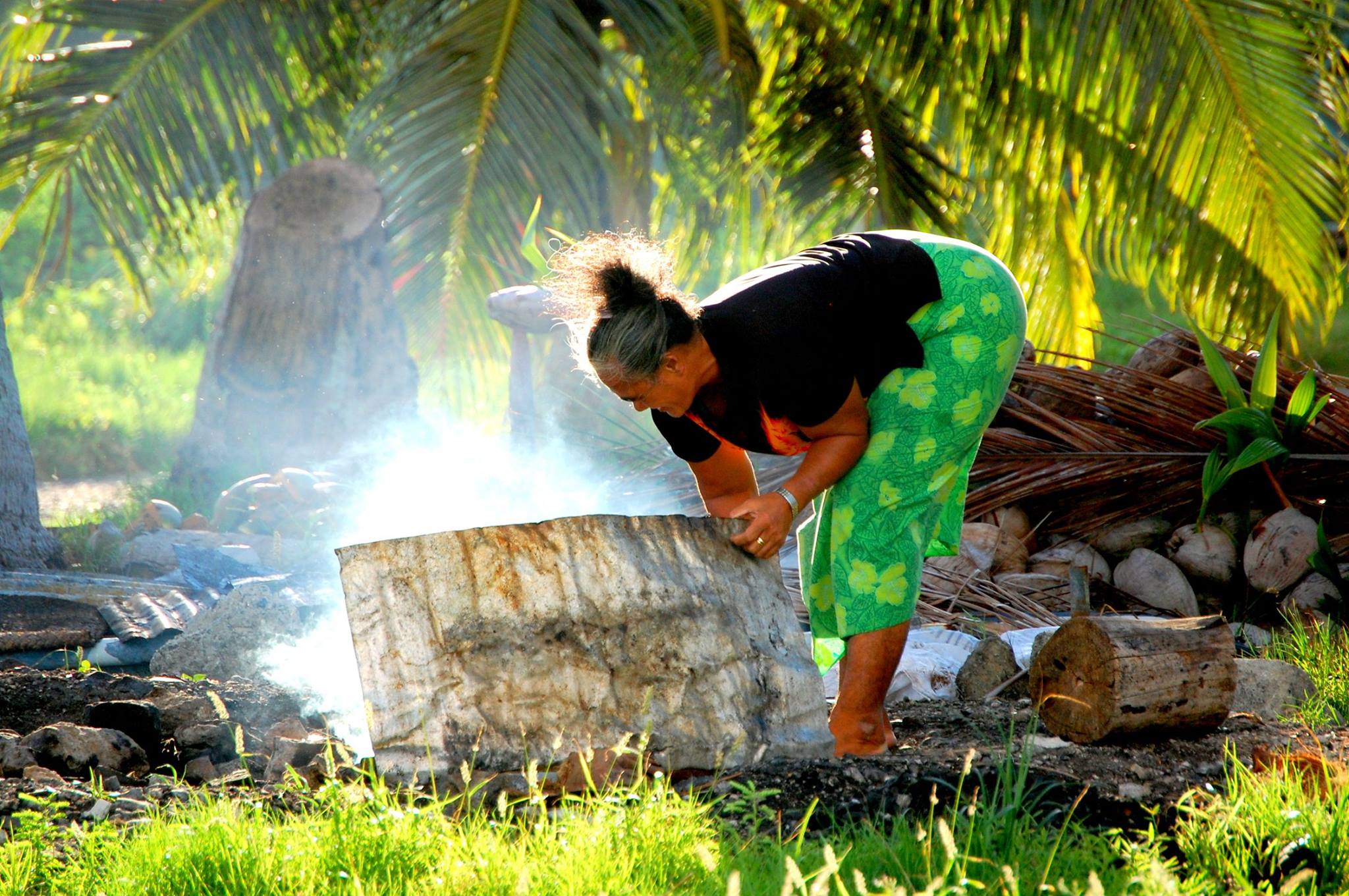 “The use of umu (earth oven) is fairly common in outer islands. With the increasing price in fuel, its much cheaper to use earth ovens than to use a gas stove/oven to cook/heat food.”

This article was provided with the help of Humans of Tuvalu and Tamala Juliana Afelee.