The Rising Islands of Oceania

The volcanic island of Ambae in northern Vanuatu rose from obscurity into world news in September after ash and gases began spewing ominously from its volcanic crater. It’s 11,000 residents were promptly evacuated to neighbouring islands in anticipation of further eruptions.

I’ve spent eight months on Ambae, a mere six kilometres from the brooding crater. Therefore these developments were particularly concerning to me. But what struck me more was that a place I came to appreciate for the startling beauty of its landscapes and the incredible resilience of its people, was now being broadcast to the world through a lens of vulnerability and despair. This is the same lens framing atoll nations such as Tuvalu and Kiribati, sometimes even the entire Oceania region, as the “sinking islands,” or the victims of climate change.

But just as Ambae continues to rise from the depths of the Pacific Ocean, the people of Oceania are rising to the challenge of climate change with resilience and resourcefulness. Stories of disaster need to be told, but an exclusive focus on these stories robs the people of Oceania of their agency and reduces them to powerless victims of the world around them.

I want to tell a different story, a story both about climate change and about Ambae. A story written not by rising sea levels or cataclysmic volcanic eruptions, but by people, adaptive agents of their own futures.

Not your typical “sinking island.” Ambae rises steeply from its rocky coast.

Climate change results in increased frequency and intensity of extreme weather events. On Ambae this was demonstrated by Cyclone Pam, which struck the island in March 2015. This was immediately followed by a severe eight-month El Niño drought that was widely perceived as the worst in many decades. The combined effects of these two events resulted in severe food and water shortages.

When 80 year old Loren, a chief of Saranamundu village, saw the challenges that these extreme weather events posed, he responded in a way that was both intuitive and innovative. Trekking daily from his coastal village to an altitude of up to 1000 metres, he began clearing and planting gardens in the cloud forest of Ambae’s volcanic dome. Many others in Saranamundu soon followed suit.

Changing maps of the Asia-pacific

Loren was drawing on both living memory and oral tradition that recount gardens as traditionally planted at high altitude where native varieties of taro and banana thrive in moist soils and frequent cloud cover. It was only with the introduction of new coastal crops such as cassava, cacao and new varieties of taro and banana from the late 19th century that agricultural livelihoods moved closer to the coast. The current rise of high altitude food gardens also means an increased focus on native crops, particularly taro and banana.

Traditional agricultural systems are once again on the rise, and the impetus for their revival is very contemporary. It is an innovative response to the new challenges posed by climate change. 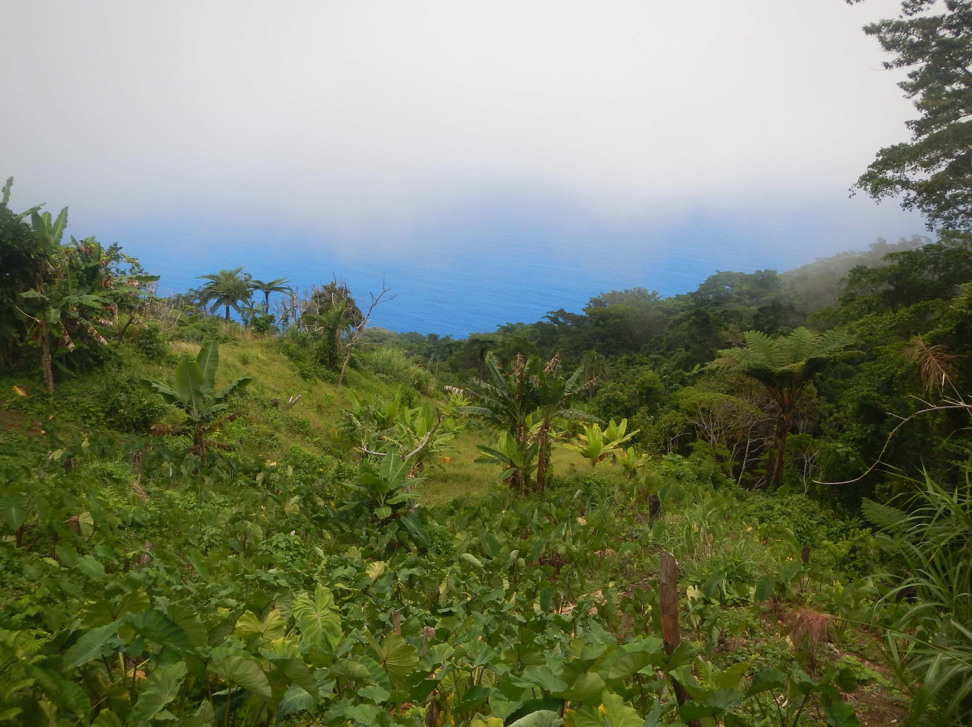 Taro and banana garden in the cloud forest at an altitude of roughly 600 metres. The ocean is visible below in the distance.

Over in neighbouring Vuinggalato, a village of several hundred people scattered across Ambae’s most rugged valley, locals are pioneering an innovative solution to their chronic water shortages. Devoid of perennial rivers, fresh water on Ambae was traditionally collected from ganu (springs), found only in a limited number of locations across the island. While rainwater stored in cement wells and plastic tanks have generally improved water accessibility in recent decades, these reservoirs quickly dwindle in times of drought.

The people of Vuinggalato responded by returning to their ganu, located in the mountains behind the village at an altitude of over the 800m. Using plastic piping and cement wells, spring water is now diverted to a set of storage tanks, from which it is distributed to a number of taps for ease of access throughout the village. Vuinggalato’s water security and resilience throughout the 2015 drought is inspiring neighbouring villages to follow their lead, with a similar system currently under construction in Loren’s village of Saranamundu. 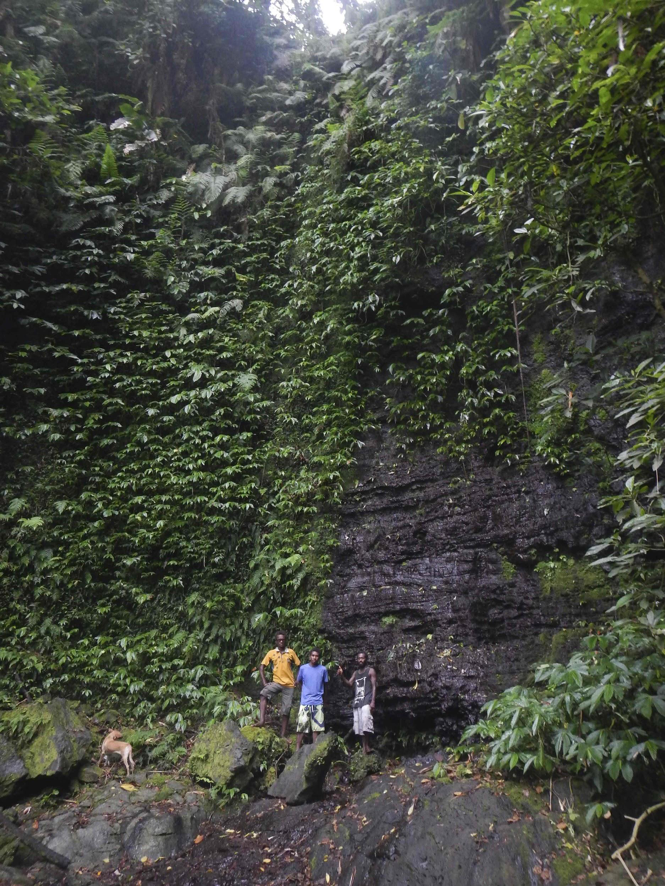 Vuinggalato locals stand in front of their ganu.

Much like a volcanic eruption, the potential impacts of climate change in Oceania are truly terrifying and cataclysmic. But the people of Ambae and wider Oceania aren’t just sinking; they’re rising to the challenge of climate change in unique and innovative ways. Stories of vulnerability and victimhood are needed to help us understand the urgency of climate change mitigation. But perhaps these other stories, of agency and adaptability, will point the way towards realistic solutions tackling climate change not just in Oceania, but across the globe.

Simon Fenske is a final year undergraduate studying a Bachelor of Pacific Studies at the Australian National University.