The downside of tourist development

Many Cambodians are paying a high price for development as the dust settles on bulldozed beachfront businesses, writes Patrick Cordwell.

Tourism is booming in Cambodia, and visitors are quickly realising there’s more to the country than the magnificent temples of Angkor. An increasing number of arrivals are seeking the golden sands of the Southern coastline as investors pour money into Cambodia’s beaches. But many locals are paying a high price for the rapid development.

Foreign visitors to Cambodia have more than doubled since 2006. With nearly five million tourists visiting the country in 2015, entrepreneurial locals along the Kingdom’s coastline have taken advantage of the recent boom.

Countless Cambodians have set up shop along beachfronts with bungalows, bars and restaurants welcoming visitors by the bus load. Their revenue has grown in step with the increasing tourism, with flow-on affects for local communities. These thriving ventures offer jobs and income for thousands of locals.

But their success may also be their downfall.

Earlier in the year, businesses along Otres Beach in Sihanoukille were served eviction notices and ordered to vacate almost immediately. The government, they were told, was to bulldoze their shop fronts.

According to the law, they had every right to. Cambodia’s 1992 Land Law designated the coastline public land – it’s impossible for individuals to possess actual land titles. Even though many have operated there for years, the business owners have no legal basis to occupy the land. 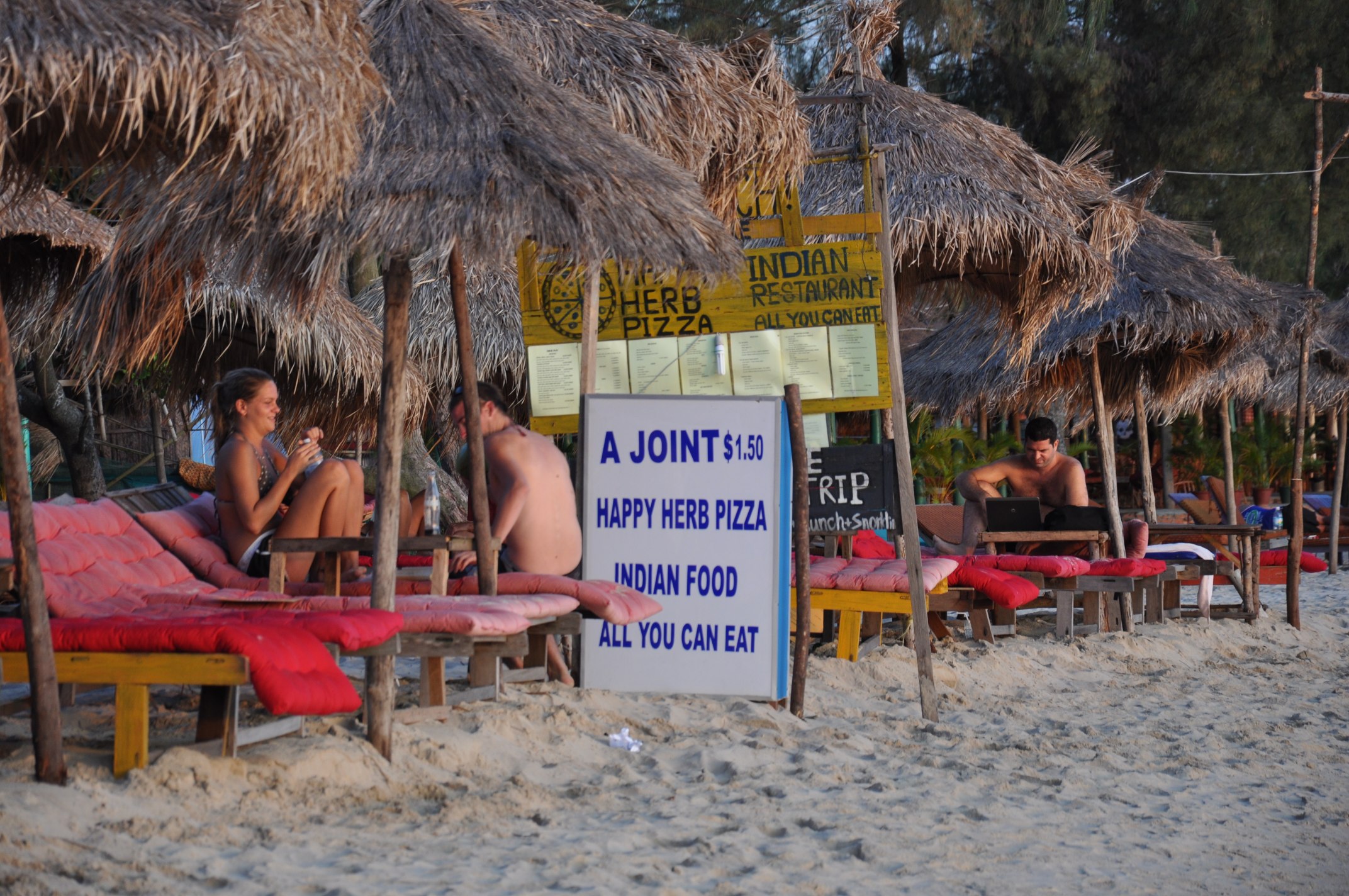 Not just a haven for tourists, many locals rely on Otres Beach for their livelihoods. (Photo source: Thüringisch-Kambodschanische Gesellschaft, via Flickr)

The consequences for the many locals whose livelihoods depend on the beach-front enterprises were severe.

Thousands of jobs disappeared along with the businesses. The financial security of many local Cambodians was destroyed, including many of the poor and vulnerable who relied on the beach-front ventures for their livelihoods. As one owner reported as the demolitions were imminent, “I don’t know what I will do when this is over”.

The situation is even more dire for the business owners. Because the land is public, there will be no compensation nor any legal recourse available to them.

This is disastrous for those who invested everything in their business. One restaurant owner took out an US$80,000 bank loan to open a business on the beach less than two years ago. With only $10,000 repaid, the loss of his business would force him to take desperate measures; “I will have to sell my house.”

Why is the government calling in the bulldozers in the first place? The authorities claim the beaches are being cleared for strictly environmental reasons. Officials repeatedly state that the businesses are being demolished to preserve the beach for the next generation.

But existing development plans for Otres Beach tell a different story. Where ramshackle establishments once stood, a London company plans to erect a beachfront resort based around a 3,000 room casino.

Likewise, Royal Group (Cambodia’s largest business conglomerate) has already started construction on a US$3 billion resort complex on Koh Rong island just off the coast. Though the company has promised to leave swathes of rainforest intact, plans show an island covered with luxury hotels.

Rapidly increasing numbers of tourists have caused property prices to sky-rocket in turn. Commercial interests have become more powerful as the government looks to investment in tourism industry as a new source of revenue. 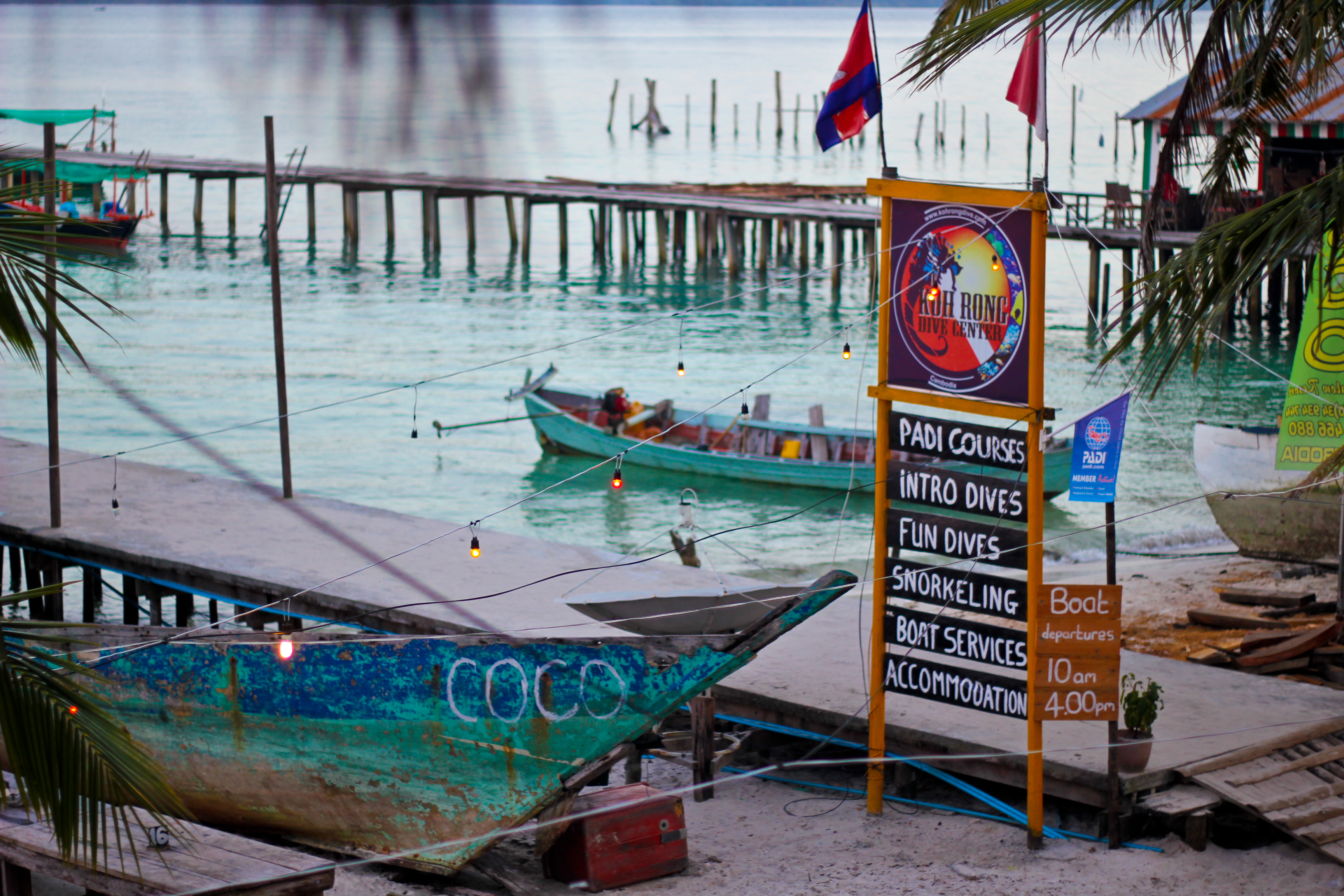 But the government’s motivations for clearing the beaches changes nothing. For the countless locals who have relied on beach-front business, the consequences remain the same.

The dust may have settled on the plots where Otres Beach’s rickety businesses once stood, but this is far from the end for many entrepreneurial Cambodians. Plenty of bungalows, bars and restaurants remain on Cambodia’s beaches, ripe for development in a country where investment is desperately needed.

According to the Sihanoukville Tourism association, it’s just a matter of timing – “Otres is first”.

After all, like the waves crashing against the shores, tides always change.

Patrick Cordwell is a third year Arts/Law student at the Australian National University.